There are over a million of these things, we know. And yeah, 70% of them are list apps of one type or another. So why did we endeavour to build yet another iPhone list app?

We wanted to learn.

iOS 7 Only. We wanted to see what we could build if there were no legacy strings attached. How fast could we could we put together a polished app that’s not beholden to previous operating system releases. Turns out, you can build one pretty damn fast. As exposed in our first post on the MediaBox Blog (coming soon), the elapsed time of our build was many months, but this is with coding for an hour here, and an afternoon there… not a ton of dedicated build time. iOS 7 provides an incredibly powerful set of APIs that allow you to do things such as add real world physics to the app with just a few beautiful lines of code (which we did, by the way).

New Roles. Building and launching your own product exposes you to roles that you may not usually dabble in as a developer, like marketing and operations. We learned a ton about the effort it takes to wrap a compelling story around your app and how to translate that story through compelling marketing content. We learned how to build an effective landing page (we think) and hope we have the start to a great launch campaign! We also had the chance to play UX designers. You’ll soon see that our simple design is clean, but we took some chances with animation and motion that we hope everyone will enjoy.

Business Model Learning. Much has been written lately about how difficult it is to make money on the App Store these days. Though it’s always been competitive, I think the push toward FREE, or ‘race to the bottom’, has really made it difficult to make a go as a paid app. Other interesting business models have emerged, such as freemium and ad-supported, but we wanted to take things in a different direction. We chose an affiliate revenue model to see how effective it could be in driving cash flow. In a few months, we should know a whole lot more about the iTunes affiliate program, and we’ll be sure to share the results!

It was really fun to learn as a team, as some of us hadn’t before developed for iOS. It was a chance to stretch our skills and prove to ourselves that we’re not too old (yet) to learn something new. It was really fun!

An important thank you. I want to thank the friends and family who helped us shape and build MediaBox. This was a customer-driven development and you were the stars of the show. Thanks for the creative insight and open feedback! I will never again build anything without involving customers from the start.

Find out more about our app and sign up for a launch reminder! Click or tap here for peek at MediaBox 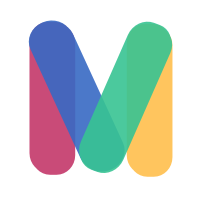 The pace of mobile innovation, both hardware and software, is slowing at the moment. This doesn’t mean that the number of features announced in each product has been reduced. In fact, it’s the opposite. Instead, it’s the user benefit... Continue →